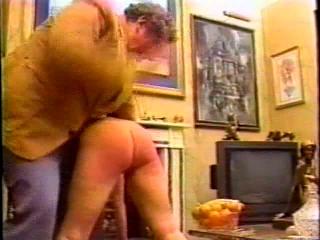 When an aspiring British actress goes to a producer to ask him about some work, the producer looks at her sexy body and nice ass and comes up with an idea. He tells her that he can find her some work, but first he wants to give her a spanking… which he does in these spanking movies at Spank Bad Ass Pay Per View!

Considering that the movies and commercials pay a lot and even a part in a TV series will mean good money so it’s a good opportunity for this hot babe so she agrees to an OTK bare ass spanking. Which the dirty producer really enjoys inflicting on her round ass. Whether or not she gets cast in a part she has certainly done her prospects a lot of good. She gets naked and bends over so he can slap her ass and in the process shows off her wonderful body. I particularly like her big boobs that are kinda perky and point outwards, wobbling as her bottom is smacked.