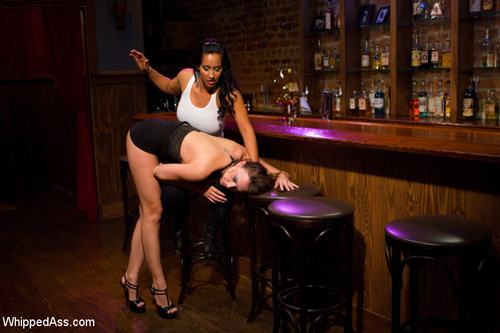 Spanking is like anything in that it is a sliding scale as to the strength and intensity that different people will prefer. While some people like to play softly, others like to play very hard. For some people a gentle OTK hand slapping is perfect, while others like to go that little bit further and use implements, restraints and hot wax. This scene is definitely the latter…

If you like to see what happens when a kinky spanking goes way beyond the controlled, over-the-knee punishment and gets into some of the hottest lesbian sex then check out Whipped Ass