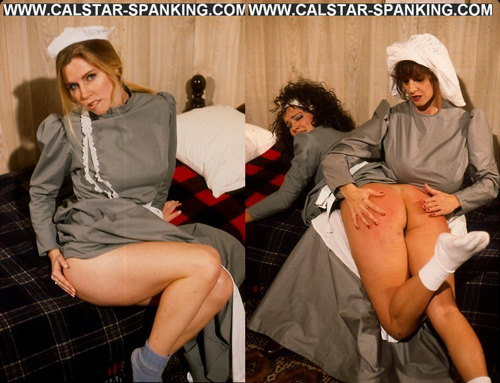 I actually mentioned this scene way way back here but surprisingly I’ve never got round to giving it a full post. It’s surprising to me because it’s one of my favorite scenes, it’s not new, in fact it seems like it’s always been around. I first saw it years ago when the world of internet spanking was still pretty new to me so that’s probably why it stays strong with me.. it’s also a classic fantasy!!

Two maids are working in an English Victorian household when something bad happens. Not only that but one of the maids has been sleeping on duty and not wearing any knickers. The strict head housekeeper has to get to the bottom of a few of the mysteries but neither girl wants to own up so it looks like she’ll have to spank them both into submission until one of them decides to admit she did it. Spankings and paddlings do not give the housekeeper the information she needs so she turns to her cane to whip their naughty bottoms til they start singing. Going between each girl in turn striking her red buttocks the strict woman is unrelenting in her pursuit of the truth. Finally, a very sore bottom leads the culprit to own up and she has to kneel on the coffee table for an extra hard caning!

This is one of my all-time favorite spanking fantasies and I love the strict housekeeper with her massive breasts under her grey uniform. 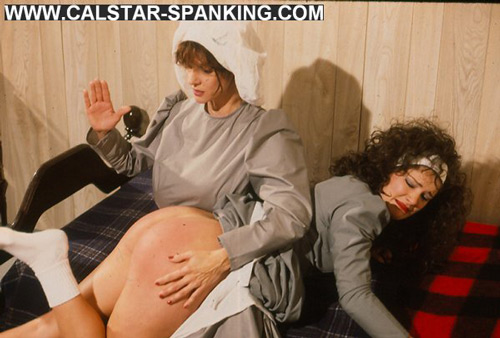 I’m not sure whether those breasts are real, they could just be a couple of balloons she’s put inside her dress. Whether they are or not the idea of this strict and busty woman disciplining the two teen maids is very hot indeed. Check it out along with other classic spanking scenes at…