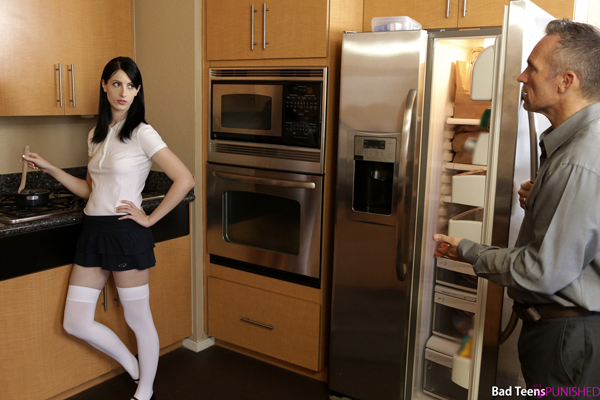 In this movie, there are actually two spankings for bad teen Alex Harper. The arguments begin when she misbehaves in the kitchen, angering her British stepdad. Then later she has an extra long shower, angering stepdad yet further as he drags her over his knee in the bathroom…

Pulling her out of the shower, Marcus bends Alex over his knee so he can spank her once again. This time with Alex totally naked he can feel how wet she’s getting from his punishment. He whips out his hardon so Alex can get on her knees to suck him off. Then, bending Alex over the tub, Marcus pounds into her from behind. 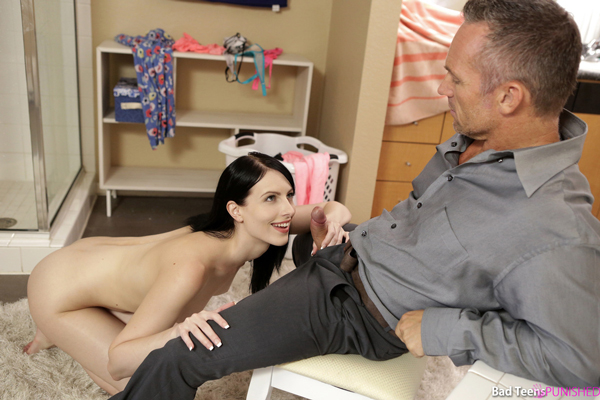