The “Le Dragon Rouge” story is a Halloween Feature Presentation on Whipped Ass! In Part 1, Saturnina Von Kaltenbruner, played by Mona Wales, is a rare book collector perpetually stuck in her expansive mansion from a demonic curse. The only way to break the spell is to procure “Le Dragon Rouge“, a one of a kind book said to be written by Lucifer himself. Penny Branch, played by Penny Pax, gets wrapped up in Saturnina’s twisted plot to get the book and finds herself seduced and mesmerized by Saturnina’s esoteric ways. 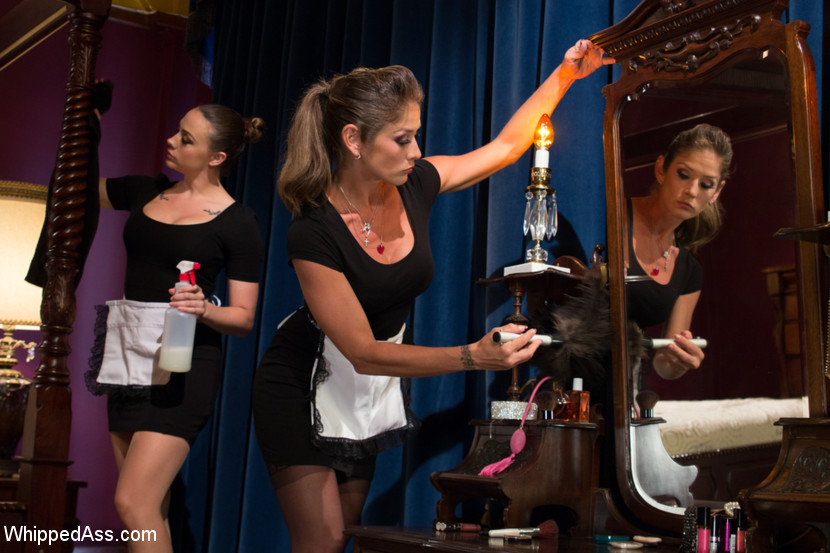 Trust fund brat, Penny Pax is a control freak. Day after day she tortures her maids by making them arrange her jewelry by her exact specifications. Maid Felony is a new hire with a bad attitude and klepto tendencies who thinks Ms. Penny is just a rich bitch on a power trip. When Penny discovers Felony’s sticky fingers, she threatens to blackmail Penny by telling her father about the bag of ‘candy’ she found while cleaning. Felony throws Penny to the bed and Chanel Preston joins in and the two maids give Penny the ultimate lesbian spanking and revenge fuck. They begin with OTK spanking then dildo gag and the action continues… 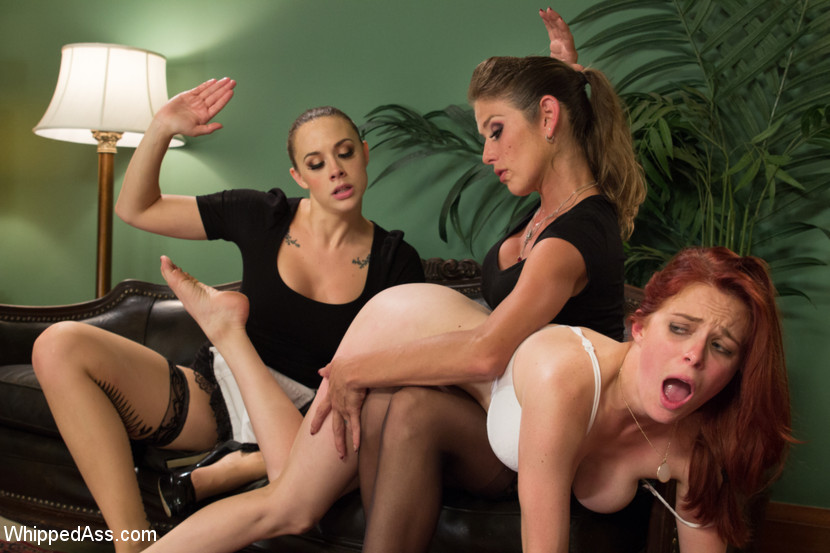